Please note; The images may be enlarged by clicking on them (some, twice).

Top Photos In the “People” Set Subject Category And The “Open” Category,  In March

Top Photos In the “Reflections” Set Subject Category And The “Open” Category,  In February

Some extraordinarily beautiful images, this month. 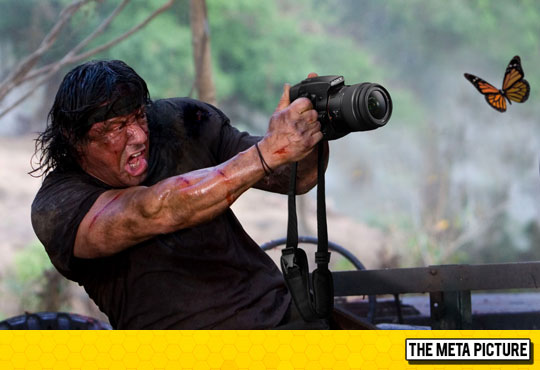 The awards event, held this year on 19th November at Evelyn, was preceded by an opportunity for members to take some shots in the kopjes and bush. The stipulation was that they should be .jpg’s.

Here is a gallery from the outing, enlarge the images by clicking on them;

Then, back to the lodge for the important business…..

Tammy and Tracy moved up to 2 Star grading

Then, on to the important stuff – the eating and drinking, capped by the presentation of this magnificent cake, courtesy of Hettie Cooper, for an old ballie, who almost conflagrated the place by the number of candles necessary for his cake. Thanks, Hettie, best carrot cake, ever.

Thank you to Loanda and Quintis Richter for hosting us, once again.

Report Back On The Club Weekend

The Photographic Club had the opportunity to spend last weekend at Ludwigslust ranch. The event was well supported by older and newer club members.

Many opportunities were taken, while driving the length and breadth of the property, to stop and take bosveld images, all the while being instructed, encouraged and inspired by the knowledge and enthusiasm of Martilie Weidemann and her husband, Anré. Martilie is an APSSA and a FPSSA. Sounds rude, but isn’t.

Back at the lodge, images were downloaded, pored over, discussed at length, constructively criticized and thoroughly enjoyed.

Martilie had invited members to bring along images with which they had previously enjoyed success when being judged, or conversely, had not had success and wanted to know why. Some brilliant, brilliant pictures were seen and the comments were always instructive. Editing tips were talked about and demonstrated during these sessions, as were hints on composition of pictures, lighting, using correct camera settings and so forth. Personally, I learned much about raampies and kolletjies. Also, burn those white spots!

Members were invited to show their best photos from the weekend which were then judged, the number brought down to a final 5, and then a 1st, 2nd and 3rd best chosen. They are shown above, starting with 3rd. Congratulations to Karen, who received a Musina Online (ahem ahem), power bank as a prize.

Thank you to everyone who attended, for your enthusiasm, to Loanda and Quintis for arranging the excellent venue, to the owners of Ludwigslust for hosting the club, to all and sundry who contributed such excellent fare at meal times and, of course to Martilie and Anré for their highly valued input and for showing us some of your own so excellent images – something to aspire to!

Bring on the next one! 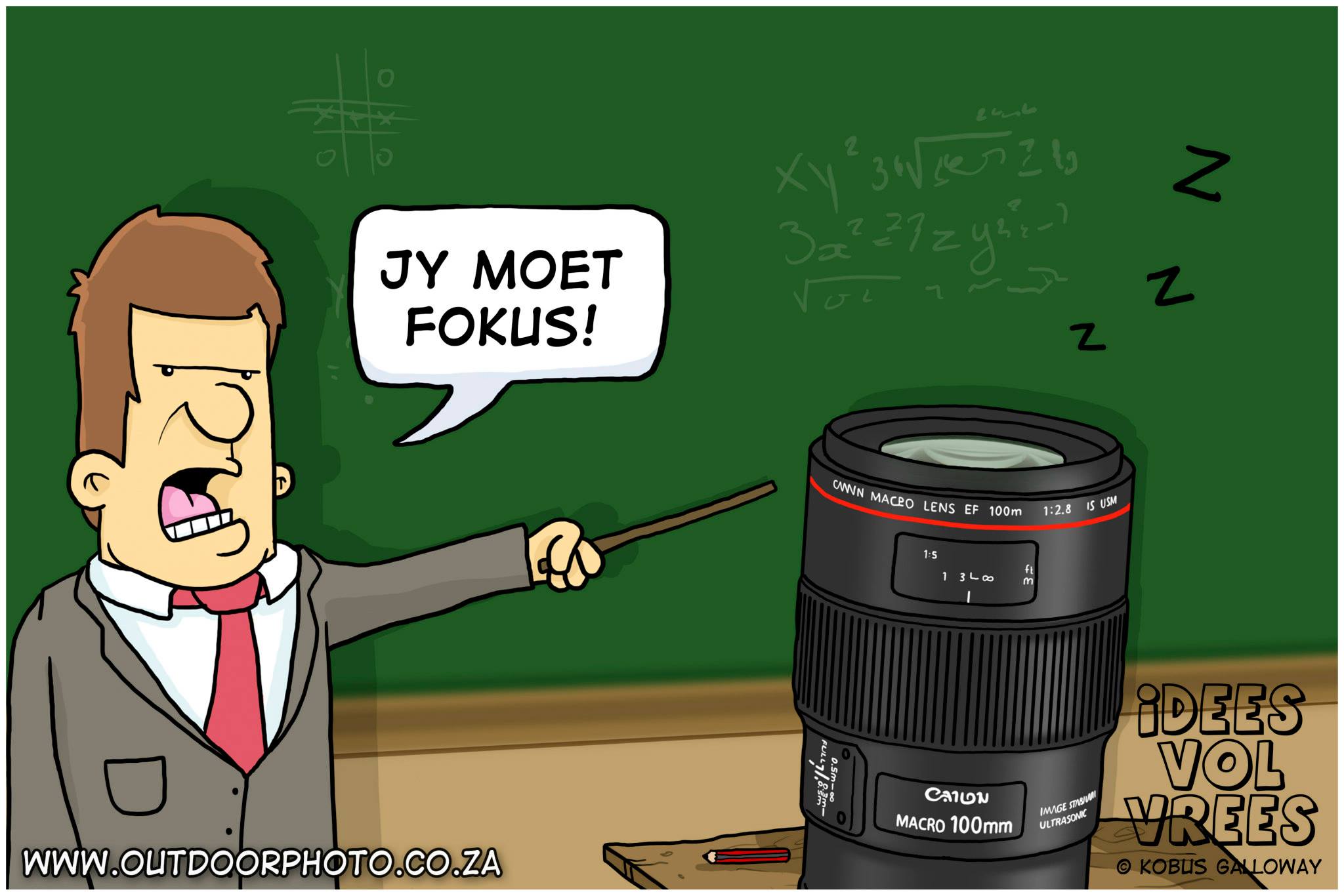 The photo below was taken by my friend Fred Litschke, who some will remember joined us for a workshop on Evelyn some time ago; 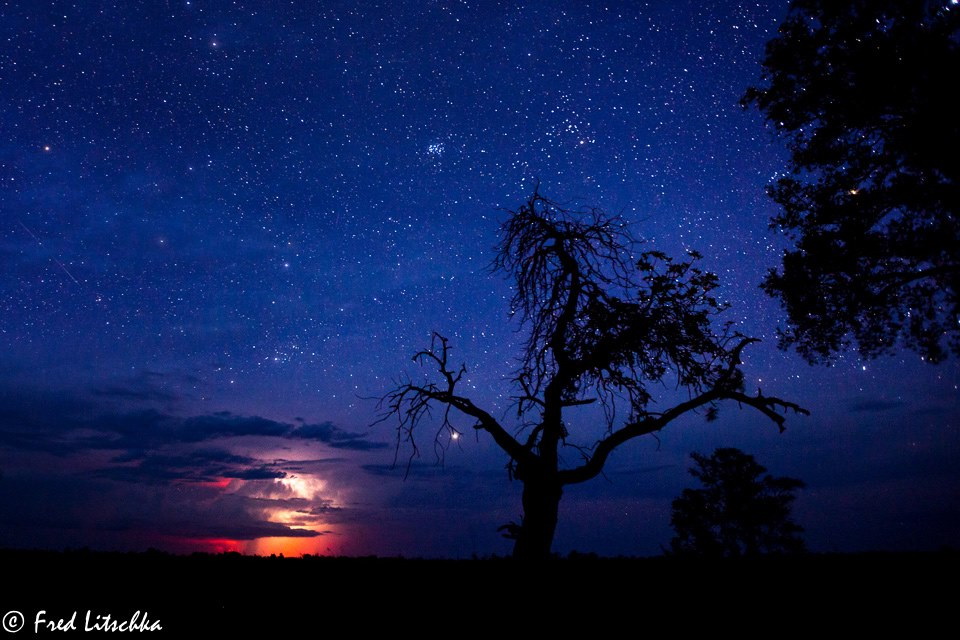 This is what Fred has to say about the image;

“Manual setting; Shutter 25s; F2,8 17mm; ISO 3200: We were against the Delta in Botswana and the storm was over Namibia in the Caprivi.” Click on the image to view it full-size. Thanks for sharing this exceptional shot, Fred.

Here are two more excellent photos which were among those submitted by our members for judging. Every month, members are invited to submit at least four random photos, and one for a set theme. The excellent photo of the baobab with the “star trails” was submitted by Loanda Richter and earned her the maximum 15 points from the judge. Click twice on each image to view it full-size. Only by doing this can you see why the balloons picture is called “Bird’s Eye View”.

The results of the voting for visitor’s favourite pictures at the MPC stand at the Kremetart Festival were;

Joint 3rd place, the first two by Brian Kalshoven and the little ele by Quintis Richter; (Click on the images in the gallery to view them full-size)

And the winner, taken by 14-year-old Edelhanie Smith was; (drumrollllllllllll)

Tracy Knoetze took this lovely photo of a sunbird. I’ll leave it to you to identify which one it is. Double-collared, for sure.

Here; http://www.365.acdsee.com/en/share-view/Hotshot/H9hFLTkq1zPL99S0CsRD/  is a link to an album of my photos from the day at Schroda Dam in the Mapungubwe National Park. I’ve seen some from some of the other folk there, so come on everyone else.

A THOUGHT FOR TODAY, FROM ONE OF THE GREATEST ENGLISH ARTISTS:

I never saw an ugly thing in my life: for let the form of an object be what it may, — light, shade, and perspective will always make it beautiful. -John Constable, painter (11 Jun 1776-1837)

Below is a very useful visual representation for newbie photographers, who often can’t visualise the effects that different f-stop (aperture) settings, shutter speed settings and iso “film speed” settings will have when they set them on their camera. 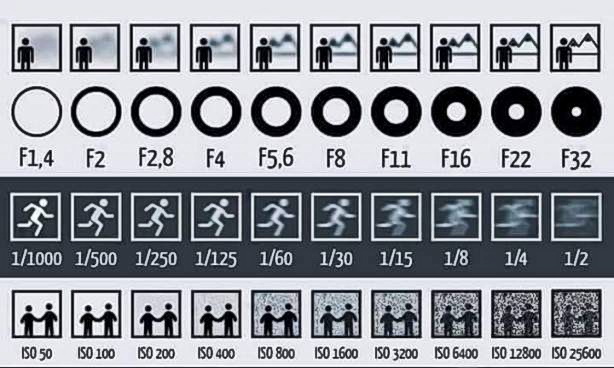